A downloadable game for Windows

You play as a robot infiltrator on a spaceship. Your goal is to destroy their new secret weapon, but first you have to destoy all the defense of the spaceship.

Thank's for downloading the game,  just install and Enjoy!

The game is really challenging and cool!
The Graphics are AMAZING!
Keep it up the good work man :)

I played this yesterday and found it really hard and quirky to play and then having watched coalfires video (great video) and read coalfire's comments I decided to give it another play.

What isn't made clear though is that Assasins Robots is in ALPHA which made sense and I only found this out when I completed the game so could the DEVS let people know by updating the main page.

I found this game hard with some surprises thrown in for good measure such as, when you open a door there's a mine, right there, at your feet so open the doors and move back.

Always have your weapon ready but most importantly, check for turrests on the walls ,some are hard to see.

Having said that and having completed this ALPHA and mastering the overall mechanics of the game, I like it and I would like to see how this one develops.

Hey Wobbly, just updated a new version with some adjustments! Hope you enjoy!

Nice, i'll have a look tomorrow. Keep up the great work.

Not a bad start, but it has some real issues when it comes to communicating where damage is coming from and it being virtually impossible to avoid it. Unless I completely missed some sort of defensive mechanic, damage comes way too fast, way too often and too unavoidably. Giving the player some sort of survivability that depended on them playing well would go a long way to making the game more enjoyabe. Because as it stands it feels as if you're punished just for playing.

Hey CoalFire, just updated a new version with some adjustments! Hope you enjoy! 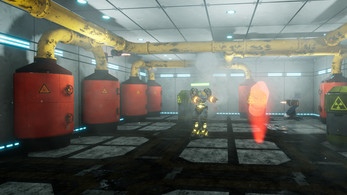 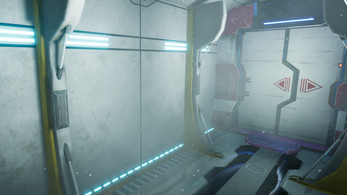 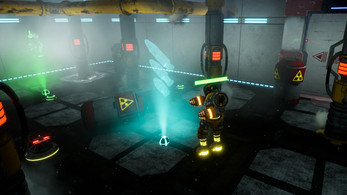 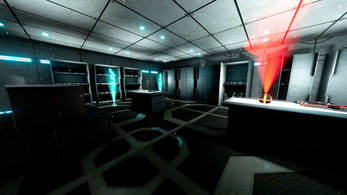